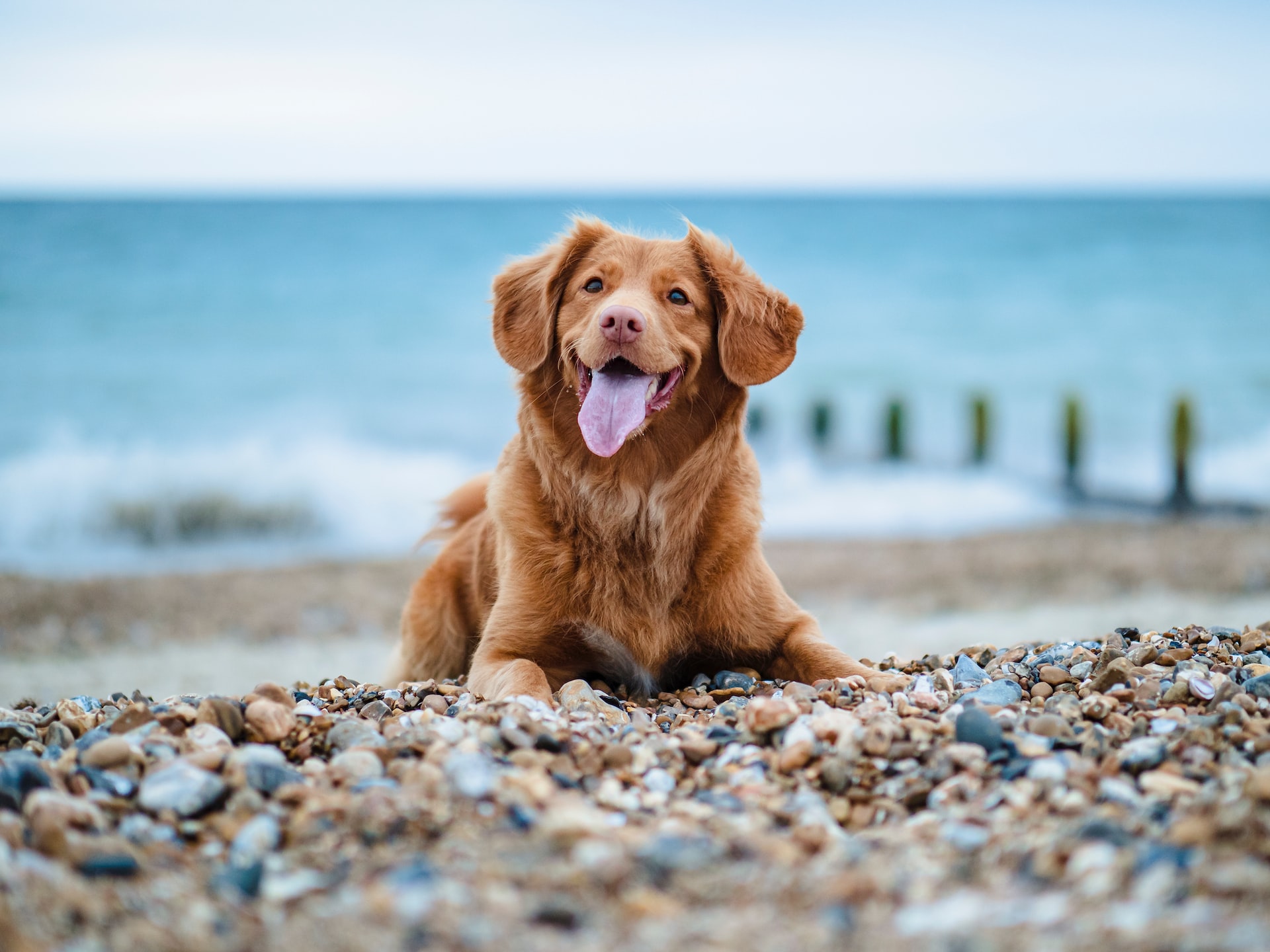 Do Dogs Smile, and What Do Their Facial Expressions Really Mean?

There’s nothing more satisfying than seeing your pups all happy, playful, and smiley. Sure, they can’t talk to let you know they’re feeling great, but you can see it in their soft eyes, relaxed posture, and gorgeous little smile. But wait. Have you ever stopped to consider – do dogs smile?

You’ve probably seen it a million times. During your walk when your pooch looks up at you with a wide grin, while you’re scratching their favorite spot behind the ear, or while they’re just laying on your couch with their tongue sticking out. That’s a smile if you’ve ever seen one!

However, while it certainly looks like one, it’s probably not a smile in a “human” sense.

In a way, yes, dogs do smile. Physically, at least. The corners of their lips go up, their mouth opens slightly, and their eyes get squinty. It looks absolutely adorable, and a picture of a super cute smiling puppy could melt your heart instantly.

However, while every dog lover is quick to give any fur baby they see human characteristics, simply smiling to display happiness isn’t something dogs tend to do. It’s a uniquely human trait.

Still, that isn’t to say that a smiling dog isn’t happy. Dogs have many reasons for giving you a look at their pearly whites, and at times, happiness can be one of them.

Why do they smile?

One of the main reasons why your dog would smile is because they’re trying to catch their breath and cool off. Just like you have to breathe through your mouth after a few minutes on the treadmill or after performing a challenging physical task, so does your dog. That’s why you’ll see that cute little smiling face while you’re out on a long walk.

You’ll notice it more frequently during the warmer months, as panting is one of the main ways your pooch can cool off.

Dogs can also smile because they’ve been taught to do so – sometimes even by accident.

What do you do every time you see your dog smile? You probably become excited, give them more pets and cuddles, and even give them an extra treat. Your dog then makes the connection between their facial expression and your reaction, so they start smiling more to make you happy and to get the rewards.

The great news here is that this does make them happy, so there certainly is a connection between smiling and happiness, just not the type of connection you might’ve thought it would be.

How to recognize a dog smiling

It’s not too difficult to recognize a smiling dog – give them a few extra scratches or throw them a birthday party, and they’ll be all smiles and tail wags. However, since dogs are animals, after all, a smiling face with visible teeth can sometimes be confusing. Are they feeling hot? Are they panting, happy, or are they aggressive, barring their teeth to warn you to stay away?

To recognize a smiling dog, you’ll need to look at their entire posture and body language. A dog showing signs of aggression or warning you to stay away will have a tense body. Their nose will usually be wrinkled, their teeth and gums visible, and their tail stiff (though it might move from side to side).

A smiling dog who’s content with their life will be relaxed. The gaze will be soft, and the ears and tail will either be in a neutral position or lowered.

Do they smile at each other?

Though dogs might smile at you to receive more pets and cuddles, they have other reasons for smiling at each other. Most commonly, they’ll show their grin and lower their ears when they see other dogs in what’s known as a submissive smile. It’s a way for them to show that they mean no harm. They don’t want to fight – they just want to approach and get to know other dogs.

Of course, it’s not just the smile that conveys these submissive messages to other dogs. The entire body language is different from usual. They might lower their head, expose their belly, or wag their tail excitedly the whole time.

How to recognize a happy dog

While they don’t always use smiles to express their joy, dogs have many ways to show the world that they’re as happy as possible.

You’ll often see dogs jumping with joy – pay attention to your dog when you enter the house after being gone for a while or when you’re preparing to take them for a walk. They’re likely jumping with excitement.

Dogs will also display happiness by wiggling their tails or even their entire bodies, using high-pitched barks, doing a play bow, and leaning against you for extra pets.

Smiling isn’t the only facial expression dogs can make. They use various expressions and body language combinations to express their emotions. Some of the most common ones are listed below.

However, making eye contact with humans is an entirely different thing. Since we humans tend to reward eye contact, dogs have learned to use it to communicate with their humans and keep them content.

Since eye contact is a sign of aggression in dog-to-dog communication, avoiding it is used to show that they’re not hostile. However, breaking eye contact after a staring contest could start a fight between the dogs.

It’s a similar thing when they avoid eye contact with their humans. Some dogs, even though they know that eye contact isn’t a bad thing with their humans, simply have the instinct to avoid it. Others avoid it when they feel like they might be getting in trouble, so they want to show submissiveness. Others still might avoid it because they’re feeling uncomfortable.

Raised eyebrows are simply a sign that your dog is alert and attentive. They might be interested in hearing what you have to say, or they might be waiting for a sign from you that you’re ready to play, go on a walk, or just give a command.

Few things are cuter than a curious head tilt from a happy pup. Dogs who tilt their head when you’re speaking to them are curious to find out what you’re saying. They might be looking for keywords such as “walk, chicken, or bath time”, and they’re ready to engage.

They could also tilt their head when trying to decipher what a particular sound means or where it’s coming from.

Pay attention to other body language signs to determine what your dog is trying to communicate with their wagging tail.

Considering the vast array of things dogs are trying to communicate with their ears, you need to pay attention to other body language signs to discern what they’re trying to say.

Just like a tail wag, grinning and smiling most commonly show excitement, especially in dog-to-human interactions. Unless the dog is growling and wrinkling its nose while grinning and smiling, it’s likely just happy to be there with you and enjoy life.

Though dogs don’t instinctively smile to convey happiness, smiles are usually a positive sign in dog-to-human interactions. Your dog has likely learned that smiling brings them more pets and treats, so they use it when they’re seeking attention.

Still, typical human behaviors such as smiling could mean many different things to dogs. It’s always essential to pay attention to your dog’s entire body language and posture when you’re trying to decipher what they’re communicating.